While I’ve already kvetched about the prequel reboot of the Die Hard franchise, also having been contacted by an actor who wants to take up the role of Mr. Officer John McClane or the New York City Police Department (I miss you, Alan Rickman,) there’s a thought in my head that’s fitting for the franchise. It’s fitting with many film franchises as long as it’s not a forced undertaking..

Don’t reboot Die Hard, spin it off to another lead character. 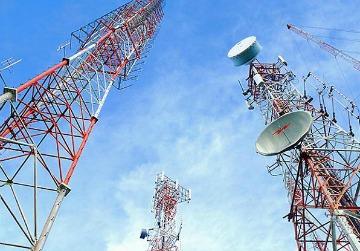 Simply put: This is worse than Watergate

I was going to do a long write-up tied to what’s going on with Donald J. Trump and the Ukraine scandal (that coincides the Russian collusion, tax evasion, sex trafficking, etc, etc, etc_ that underlines the proverb that power corrupts and absolute power corrupts absolutely.

Instead of a writeup toward Trump’s treasonous antics (and his mentality that he can’t be taken to account for anything), I’ll simply provide a movie scene/quote from the 1980s:

“It’s like a nightmare, isn’t it? It keeps getting worse and worse.”

When and how the nightmare ends remains to be seen. For the good of the United States o America, I hope it’s damn soon.

Did you know…? Tampa Bay Lightning stars once were extras in a comic book movie?

This past summer I asked friends on Facebook to name a movie that was filmed in their area. Those who responded cited flicks fitting to the region they live in, there was a good variation because…hey! I have friends all over.

One of the respondents was one of my long-time contact who I’ve known specifically by way of our talking Tampa Bay Lightning hockey on forums way back in the past. Her response startled me because of how I’d forgotten the fact:

She cited The Punisher and reminded me how Lightning players had been n set for filming.

Earlier today I crossed a forum post asking about viewing Bolts preseason games on television. Nice coincidence that Fox Sports Sun PR released the announcement that live-streaming or preseason action will be available.

Watching on television will take some tech know-how, but in the end — why, yes! Yes you can watch preseason Tampa Bay Lightning games on television!

The streamed game schedule starts tomorrow at 7 PM EDT against the Carolina Hurricanes. Friday’s matchup against the Nashville Predators will be streamed as well as the September 29th affair against the Florida Panthers.

In conclusion: It’s been six months since you saw Lightning hockey. The drought is over, the storm awaits. You ready to bring the thunder?

This isn’t a hiring/performance question, this is more a who the hell was this? inquiry.

During the late-late 1980’s and early 1990”s, Busch Gardens Tampa Bay had commercials — more than two, but two in memory — with an acapella group singing. Unless it can be proven otherwise, I’m pretty certain it wasn’t Rockapella (who I had been exposed to on Where in the World Is Carmen San Diego telecasts). The tone of vocals (in memory) is just too different and there was a bit of an accent.

One of the commercials (and while I can’t remember imagery, I can tell you it was all stuff from in the theme park) starts out with, “My father said..” before going into the true performance, where the lead singer would sing how “only elephants […]”, “only tigers {…}”, “only birds can…” (sit in the trees or kick in breeze; can’t remember), “But only you can dream dreams”

The other song I remember even more vaguely with “celebrate the day” and “let your soul play” is what I recall (and also key lyrics).

These guys did have recorded music; my 6th-grade science teacher played an album during class to try to chill us out. It wasn’t as catchy as what the commercials came off like.

These commercials don’t seem to be online, I can’t find out the Who? behind them either. I just know that by the 1992 opening of the roller coaster known as Kumba, these guys were no longer included in commercials (or were they?) and I can’t find anything out about them now. I’ve asked friends, I’ve done web searches… I ask the general public – who am I talking about with these Busch Gardens Tampa Bay commercials?

The City of Tampa has a John Fontana Day! I mean, really?! They named a day or the year after the region’s first Tampa Bay Lightning blogger who helped bolster and broaden hockey coverage as well as voluntarily assisting other weblogs o the region while ogercomit a rare genetic disease–

WHEREAS, the City of Tampa takes pride in recognizing those individuals whose commitment and dedication have made a lasting impact on our community and its citizens. John Fontana, President of Seminole Hard Rock Support Services [ … ]

Just a quick note that I’ve got a (working) poll application now. I don’t know how often they will be used but it’s a live feature. A poll is on the sidebar (and I am seriously curious of people’s opinions on the subject).

I’ve long been tied to deal-a-day websites. Woot (the original version; the site is currently an Amazon site) started it all. Shnoop had its moments (last time I checked it wasn’t a deal-a-day site anymore). Then came meh, which is run by the guys who founded Woot. A lot of this stuff can be looked at as novelty, but the sites had/have their moments.

Just an aside remark:
I went back to my previous WordPress theme. There were just a few many aspects of the new one that didn’t sit well with me after a month of use. This site is a lone author’s writing, not a news magazine…

It’s such a minor enigma and yet so profound. Draft picks don’t pan out all the time nor serve tenure with the team that selected them. That’s how it goes in hockey. Some last. Some serve. Some succeed.

The expectation is for the first-round draft picks to do the most and go the furthest in the NHL, and when a team is ardent on player development, you’d think those picks would be keepers.

That’s the enigma of Steve Yzerman’s tenure as General Manager of the Tampa Bay Lightning… First-rounders have tended to be meh in one way or another.