Songs in the queue for Spotify Playlist review

I’m approaching a year as a Spotify playlist curator, having started the Underexposed Soft Rock and Easy Listening playlist in May of 2018. While the playlist has amassed 107 followers in the time it’s been active, I don’t know how many of those “followers” actually listen. I’ve already talked about that downside of Spotify though, so I’ll move on.

The Underexposed playlist is at 137 songs, it’ll keep growing as time goes by, as will the Softer Side of Indie 2019 playlist as I cross songs that fit the angle I’m going for with that list.

How do I find the songs, though? While I’ve crossed some posted on Reddit’s Indie music community (which have tended to fit the Softer Side 2019 playlist most often), the majority of the songs I’ve posted on the Underexposed playlist have come from my listening to Lonely Oak Radio and other indie stations (Only Rock Radio, Catorweb, and Indie Star Radio primarily). When I cross a song that might fit the bill of the playlist, I put the name of the song and the artist into a txt file queue of songs to potentially add after review.

For those on Reddit and who enjoy the Adult Contemporary class of music, join me on /r/AdultContemporary

Soft rock, easy listening, and love songs…nothing but love songs. This is a seven year old subreddit that has long been mothballed. I’m trying to get it going.

Simply click on the title for a redirect to the subreddit.

There’s a outspoken and upset Florida Panthers fan who voiced their discontent with the Panthers organization in a post on Reddit’s hockey community. A mix of words invoked nostalgia and made me upset in my own fashion.

[…] At the start, things looked great. The team had great players in Scott Mellanby and John Vanbiesbrouck, took a Cinderella trip to the Finals which got all of Miami absolutely BUZZING in 1996, started a notable fan tradition of throwing rats, acquired a superstar in Pavel Bure, acquired future superstars Olli Jokinen and Roberto Luongo, had very great and notable players pass through here… […]

Ah, 1996! Yes, the Florida Panthers looked upright and had a future optimism shown in only their third season of play in the National Hockey Lague. But ’96 didn’t show a dim picture on the other coast of Florida. No, no, the 1995-96 Tampa Bay Lightning did something foreign in the Tampa Bay metroplex in the sporting sense of the term: They were a pro team that made the playoffs. It was the first time in 13 years that a top-level professional franchise in the Bay area had done that [author note: this isn’t an attempt to truly look pat the Tampa Bay Rowdies soccer team; soccer is not traditionally pitched as a top-four major sports league in the United States.] It was also the Lightning’s first-ever playoff appearance.

There was a sense of optimism and hope invoked in the local press coverage from WTVT, WFLA, WTSP, and WFTS. The St. Peterburg Times and Tampa Tribune did it too: The Tampa Bay Lightning was the sports team in Tampa Bay, and they were the entity to rally around. Brian Bradley, Mikael Andersson, Petr Klima, Paul Ysebaert;  with the future (or so it seemed at the time) franchise ties to Roman Hamrlik, Chris Gratton, Jason Weimer, and Rob Zamuer. All these (and so many more names that I’ve forgotten off the top of my head) and the last line of defense, the stalwart in goal #93 Darren Puppa.

The playoffs! Such a rare feat in this burg was being embraced by a local team and that generated a degree of local pride for sports fans. It was something accomplished by Tampa Bay and invoked such a good vibe, even if the Bolts were a one-and-done team in the 1996 NHL Playoffs  (the Philadelphia Flyers bounced the Bolts in the first round). Contention was such a foreign term and it was finally translated! Yessir! Yessir!

It seems foreign now, doesn’t it? No, I don’t mean contention. I’ve already written about that for the Bolts before this season. The Lightning themselves have proven it, night in and night out, through 76 games and the feats achieved.

I’m talking about coverage and the lack thereof from the traditional media people in town. There is no buzz. It’s not a priority. It’s filler. 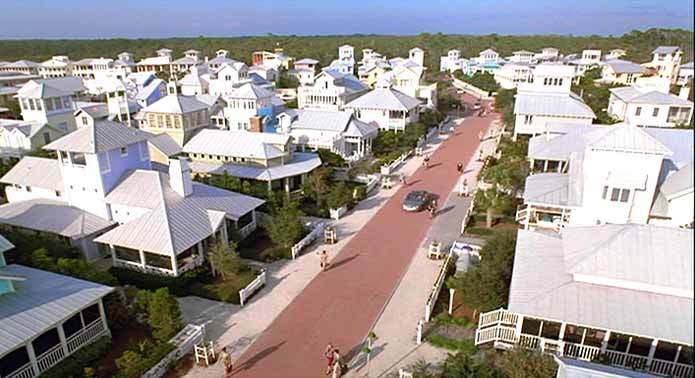 When you’re sold on a movie or a movie character, it’s not foreign to think about things in the film and come up with angles of the story that flesh out entirely different stories that could drive a movie. For example, the Tom Hanks film Cast Away has a story unto itself that isn’t shown in the film: What happened to Chuck Noland (Hanks) as he gets rescued from the South Pacific? It’s not a 1-2-3 thing but a process and a tale on its own. It wouldn’t be the movie by itself but there are various acts and deeds that he had to undertake that would have been interesting to see.

I was thinking about that Cast Away stuff which turned me to the ending of another film; a flick that had more to show because the ending was a gateway to a new adventure for the main character who was followed along closely for the entire film. This picture wasn’t a direct adventure but more a character piece, so an immediate sequel wouldn’t have been fitting.

At this point, more than twenty years after Truman Burbank bid the set of Seahaven “good afternoon, good evening and good night”  and entered reality, there are stories that could be told and shown in a framing that compliments what was The Truman Show, or at least some of the elements as they were presented in the 1998 movie.

Peter Weir’s film was a play on reality television, with a single life filmed and the world around him manipulated to give Truman Burbank (played by Jim Carrey in a role that defied the over-the-top comedy he was known for) regular story and drama to entertain the viewers of his television channel. And Truman didn’t know about this – how he was being filmed and the man-made control over his life.

As Truman was taken care of by those in control, he was a prisoner, prevented from exploring and knowing the world. His world was the set of Seahaven in Burbank, California. The events of The Truman Show touch on his life, the actors/actresses and off-screen aspects and la-de-da, building up to the movie’s finale, Truman’s escaping the set.

The escape itself, passing through a door into the darkness of backstage, opens up a new world of events for Truman. It opens up a story to tell in reflection. So, consider this a pitch called “Life After Seahaven”.

The following tweet sets the standard for this blog post. It was posted during a telecast by NBC Sports Net and with thanks to me hearing the all-too-common complaints aimed at the network for their coverage of a National Hockey League game.

Author’s Note: I go the wins-in-an-NHL-season record wrong in this piece. The record is 62 wins by the 1995-96 Detroit Red Wins. Research quick results were not clear on the record. The Lightning could tie that mark. To break it would be on grand sports record fe.

16 games remain in the 2018-19 Tampa Bay Lightning regular season and hoo-boy, have those first 66 delivered. 50 wins in 66 games tie the NHL record for the feat.

While a contingent of fans might lock this performance into what the club will do in the playoffs, I warn you not to. That’s the Second Season. Everything starts over for every club involved in the Stanley Cup Playoffs and there have been incidents in the history of the NHL and professional sports in general where a paramount club is taken down with shocking ease by a lower ranking challenger.

Getting ahead of ourselves is not the point of this write-up, the point is actually the Bolts potentially threatening, reaching, and breaking said league record.

60 wins isn’t impossible, but it’s tough… or should be.

To take 50 wins from 66 games played gives the Bolts a mite over a .750 winning percentage. If you apply that simply to the number of games ahead, that’s 12 potential wins. A 62 win season shatters the NHL record and is… just math done by me.  You have to play the games and that’s what causes a win or a loss. Not ratio logic and blah-blah-blah by analysts, columnists or bloggers.