Q and A with Calgary Flames blogger Kent Wilson of FlamesNation

I got Kent Wilson from FlamesNation to participate in the hockey blogger Q and A that I’ve been casually conducting this month. Kent’s one of the strengths of The Nation Network and blogging in general, having his hand in the 2014 “summer of stats”.

What follows is a little insight in how Kent found his way into blogging and his views on the season ahead for the NHL.

END_OF_DOCUMENT_TOKEN_TO_BE_REPLACED

A hockey blogging Q and A with Ken Boehlke from SinBin.Vegas

The birth of the Vegas Golden Knights is also the birth of professional sports in Las Vegas, Nevada (being the first major-league team in Sin City, USA) and so far the population has been quite receptive of what is yet to come. Ticket sales revenue is ahead of other franchises — 20 of’em –  and you can find all sorts of excitement and interest on the start of Golden Knight hockey.

Ken Boehlke of SinBin.Vegas has been covering the forthcoming franchise  it was a sought-after commodity for Las Vegas (his start will  be exactly 2 years ago on August 26th).  Below you’ll find his odds and ends and opinions regarding writing, the league, and  more.

END_OF_DOCUMENT_TOKEN_TO_BE_REPLACED 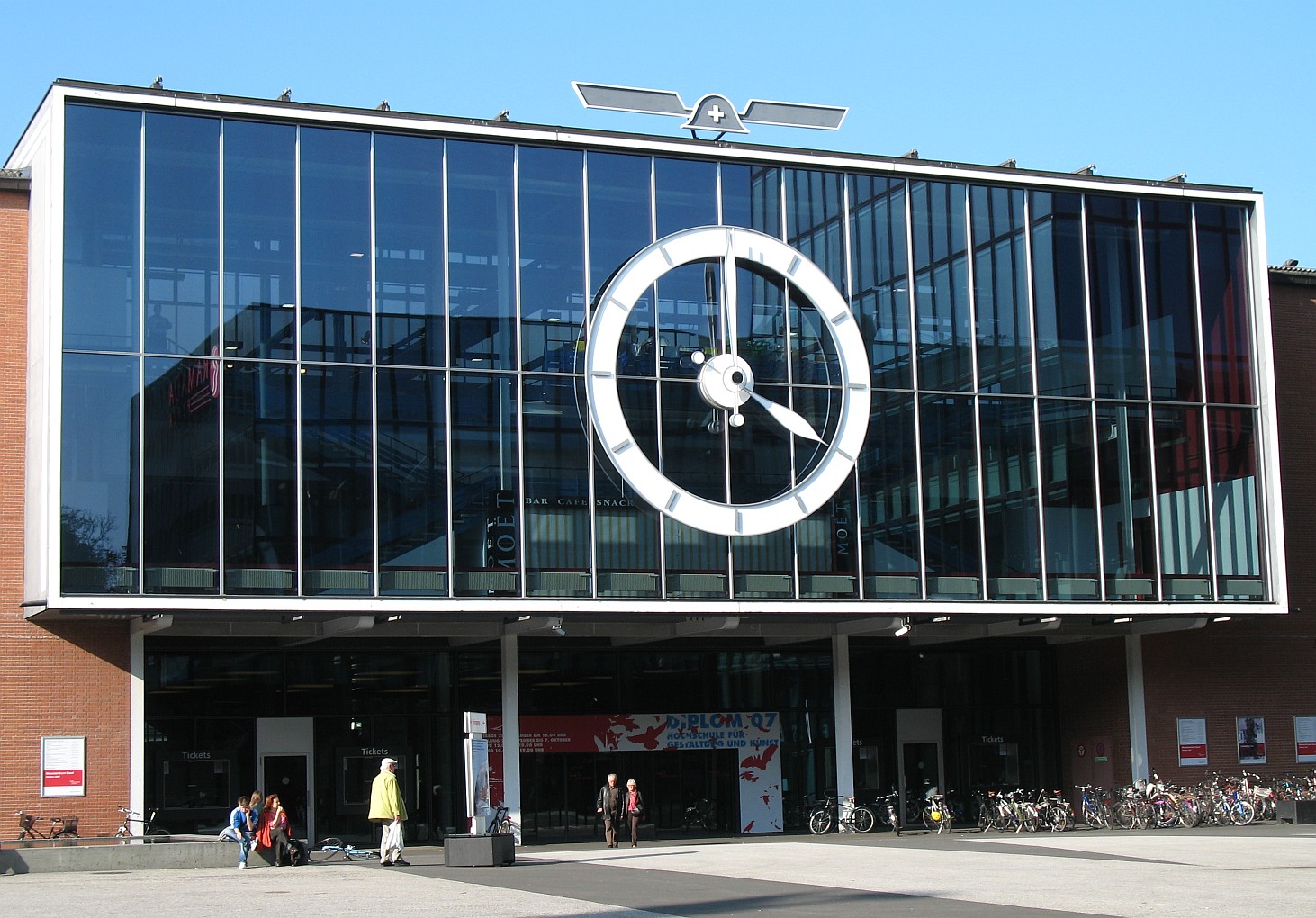 This is a simple public service announcement because of a pretty simple flaw I see repeatedly coming from businesses or those who are trying to be pretentious and official in declarations online (via social media or on their own web sites):

Unless you are in Arizona and a few other select locations throughout the United States, you cannot schedule things as happening at  Standard Time currently.

It’s ridiculous to have to explain this but the United States of America is currently in Daylight Savings Time (or Daylight Time). That’s what the whole “spring forward” thing is in March. The country doesn’t move back to standard time until Sunday, November 5th at 2 in the morning.

We can’t say no to a ? #waterfront view! Join @TBbloggers & Oystercatchers for a #TampaBayTuesday chat, 8/22 at noon EST. @OCsGHTB #OCsGHTB

…they’re basically saying the event starts at 1 PM EDT because we’re in EDT now.  If you want to be pretentious on time and date and don’t understand the time difference, do yourself a favor and just list the time as ET, CT, MT or PT which applies specifically for the zone you’re in.

Really, it’s not rocket science to know the differences or to get around them entirely in listing a time. Don’t look so uneducated.

One of the routine areas that draws fans to the web to find out what they can are rumors. Some are made up, some are hearsay, some are those casually expressed “I’m hearing…” remarks that you see on Twitter from major members of hockey coverage.

The man at the blogging level who made a name for himself and found a firm niche in covering reports on potential player movement in the NHL is Lyle Richardson of Spectors Hockey, who you likely have also seen on such sources as Fox Sports and Bleacher Report among others.

Richadson is another one of the forefathers of the hockey blogosphere, starting around 2003. Want proof? I reposted this article for him during the NHL lockout of 2005, having originally run in November 2003.

While there are a lot of questions still to be had about player movement and eery franchise in the league, the questions are a mix about the man,  blogging, and guys named “Joe” and “Jaromir”.

END_OF_DOCUMENT_TOKEN_TO_BE_REPLACED

A little piece of electronics fell a distance that was just over five feet.  60 inches of travel, making contact with a wooden floor. It wasn’t a heard action. It wasn’t an outright noticed incident either. It had fallen from behind the ear of this author as he sat on the edge of his bed and made preparations for use of the device itself.

And the only action derived from noticing the fall and reclaiming the object has been silence.

I went stone deaf in 1997 after a necessary operation to reduce/remove an acoustic neuroma; an inter-cranial benign tumor from my head. That tumor had already played a part in me losing hearing in both my ears during the previous four years. The surgery, for the sake of having a life, had to happen though.  When the operation occurred in December ’97, I was also implanted with what is known as the Auditory Brainstem Implant, a variation of the Cochlear Implant – a device that brings the hearing world to those who are implanted with it and who use an external sound processor to enable it. For a deaf person to adopt this technology is a chore – to learn a new dimension of life. For a late-deaf adult? It’s a miraculous resumption of a realm of living.

I’m living in silence right now and I’m in hell.

END_OF_DOCUMENT_TOKEN_TO_BE_REPLACED

A hockey blogger Q and A with Laura Astorian of St. Louis Game Time

Continuing the Q & A series that was unveiled Wednesday, another of hockey bloggings assetss chimes in on life in covering not one but two teams in her blogging career. Laura Astorian, who has been a void of both the St. Louis Blues and the Atlanta Thrashers. It’s one thing to cover multiple teams in one town, but to stand up and show love by way over coverage for two teams in the same sport at one time is a hell of an accomplishment.

Laura currently runs St. Louis Game Time on SB Nation (which is also a game-day publication for Blues games; that is done by Brad Lee). She’s a great follow on Twitter too for take on the sport, the entertainment industry and what not.

What does Laura think about the NHL’s plan to forgo the 2018 winter Olympics? What tips does she have for those who want to get into blogging? Read below.

END_OF_DOCUMENT_TOKEN_TO_BE_REPLACED

A hockey blogger Q and A with J.P. of Japers Rink

While I pour over headlines of the hockey blog universe on a daily basis, I’ve been noticing something missing in the summer of 2017 that usually runs as an ongoing series in the hockey blogosphere: question-and-answer sessions that don’t just run the course of talking about other teams, but illustrate networking in blogdom.

Today I’m (hopefully) starting a series of Q & A interviews with some of the hockey blogosphere’s top members. The questions aren’t locked-on-the-franchise talk but touches on blogging as well as the wider NHL with some points that often play out in regular discussions that have been prominent this summer  among idle fans.

This introduction interview is with Jon “J.P” Press, founder of Washington Capitals blog Japers RInk.  Jon has been at his game as a hockey blogger since the 2004-05 NHL lockout. That idle time was pretty tough for fans to live through, and yet it gave birth to known members of the blogging universe as well as the mainstream media.

END_OF_DOCUMENT_TOKEN_TO_BE_REPLACED

America is better than the hate being bred

With events transpiring today in Virginia, I want to take a moment just to state what I find is a truth in society:  People are people are people. No race is supreme to others, no gender tops the other, no sexuality makes someone better than another and no one’s beliefs make them holier than thou  (though all too many times in this country and around the world, religious beliefs are the basis for division and acts of hate).

One of the great characteristics of America history is how it was looked upon by immigrants as the land of opportunity. That was not aimed at one specific type of immigrant, nor a specific country of origin. So many of America’s great accomplishments were achieved through the eclectic social masses of this nation. You can’t look past that, nor can you defend one-over-all within the borders of this society – to do so proves your absence from it.

Standing together is what has made this country great. The press for division which has embodied 2017’s politics is damning it.

The site known as Tampa Bay Online – www.tbo.com – has been around for decades. TBO was once tied to both Tampa Bay NBC affiliate WFLA News Channel 8 and former print publication The Tampa Tribune (both media entities were owned by Media General). Let me stress that with the decades aspect of Tampa Bay Online as TBO started out in the early 1990’s in a form that was accessible through the Prodigy dial-up network and America Online. It’s sort of hard to explain things before the internet as you know it now – some people were exposed to it well before the general public. I was introduced to the Net through Prodigy and later AOL.

Back to the topic, TBO has been around a while as a media hub (to say the least). With the Tribune leading the charge so often, the flavor of news and writing from the Trib (with its right-leaning slant) was always on display but its general news coverage was complimented by video coverage of news stories that News Channel 8 reported on.

Yet a downfall has been rampant for a while: Media General sold the Tribune in 2012, and while the new ownership vowed they were here to stay, it didn’t play out like that. I’m not sure if there was an official end-partnership between the Trib and WFLA but things scaled back and ceased after the Tribune moved away to its own property. In the spring of 2016 the Tampa Tribune was acquired by print news rival, the Tampa Bay Times. The Tribune ceased to be while certain columnists, reporters and employees were imported to Times staff while others were dismissed. TBO.com has continued operations since then but has become a quizzical online destination for news information in the area. END_OF_DOCUMENT_TOKEN_TO_BE_REPLACED