An online location for musicians and local music fans in Florida

A long-overdue Reddit community started in November 2019 aimed at music and musicians from the Sunshine State. This Reddit community is a place to promote, discuss, and experience.. well, if the community grows. Right now it has only 3 members. That will change. 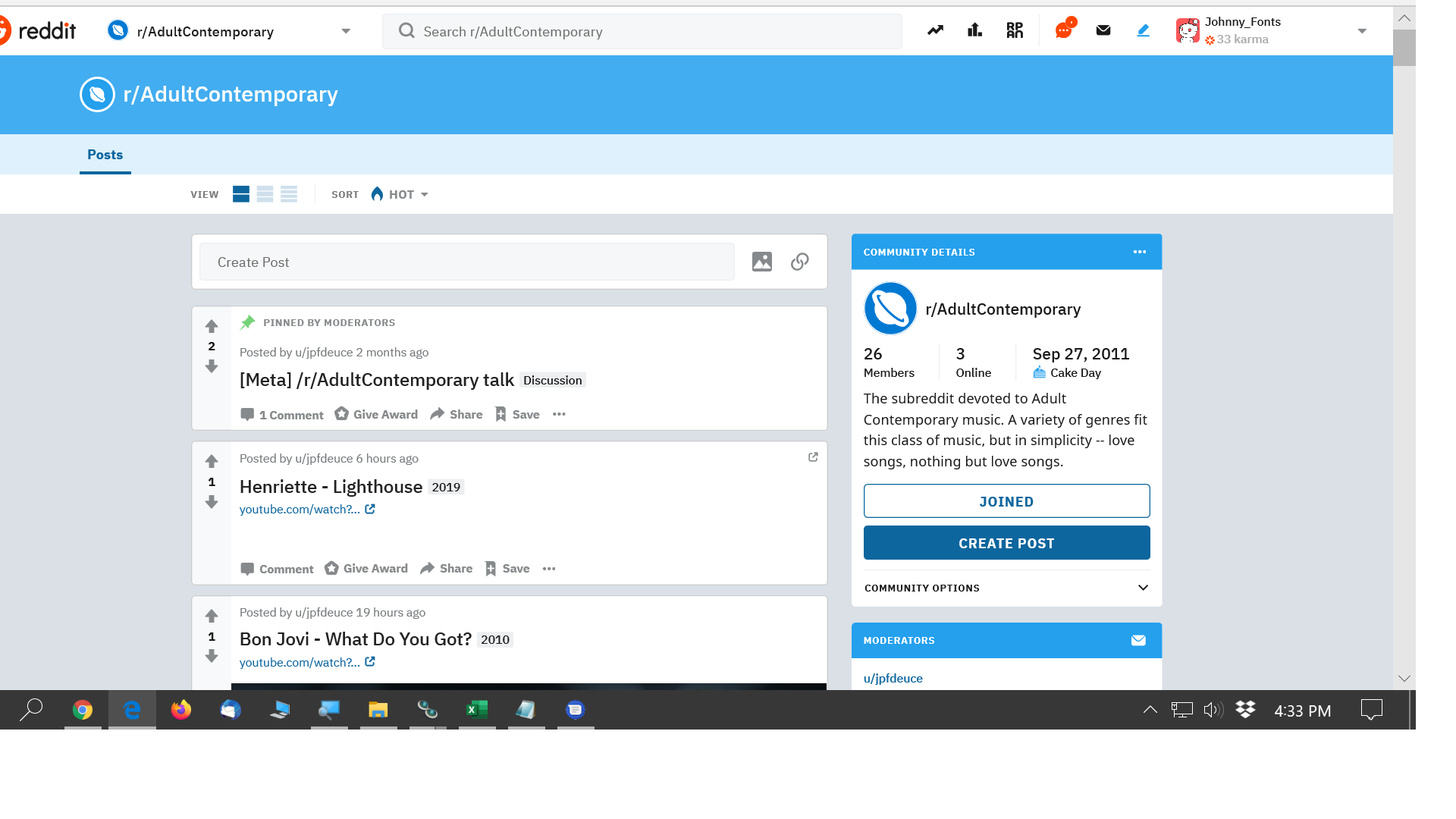 A forum devoted to the Adult Contemporary class of music

Sometime in 2011, the subreddit (read: forum) for Adult Contemporary music /r/AdultContemporatry, was created on Reddit. Despite the fact the class/genre of music is popular and has been decorated for decades with the titans of a multitude of genres, that forum never became much. In fact, it was closed sometime after the founding Reddit member (or Redditor) quit as moderator.

I’ve been a Redditor for about 9 years and while I’ve put myself in music in various ways over recent years, trying to run a forum was not my intention… up until January 2019. That’s when I applied for and took over /r/AdultContemporary. I’m looking for members to join me and help popularize the forum.

It’s a place to post music, share content, to talk to other fans… if they’ll reply. The 23 members who have joined the group since I took over don’t say much. Hell, I’ve been the one posting most of the content — be it songs from the past 50 years, playlists, articles, or discussion threads.

There are many niche forums on Reddit that can say they cover Adult Contemporary (be it /r/lovesongs or /r/softrock among others) but this is the genre in name, and the class of music is more diverse than a niche.

Anyway, I’m looking for people – be it fans, musicians, podcasters — to join me on /r/AdultConemporary. Indie artists are invited to promote musi on the subreddit, just heed the posting rules when doing so.

For those on Reddit and who enjoy the Adult Contemporary class of music, join me on /r/AdultContemporary

Soft rock, easy listening, and love songs…nothing but love songs. This is a seven year old subreddit that has long been mothballed. I’m trying to get it going.

Simply click on the title for a redirect to the subreddit.