Space Force? Why? Is that a progressive attempt by an administration whose actions and deeds are too commonly regressive in ethical, moral, and social standards? No, no… It’s a distraction. Nothing more.

There is a progressive argument for something like this, but the idea of taking warfare off the planet simply amounts to throwing money away and an attempt at shifting focus away from the ethical, moral and social misdeeds by Current Occupant.

That said, the entire concept and the entire direction of this administration has me thinking of a film I saw once and didn’t care for. It’s fictitious circumstances, and yet seems oddly fitting for the picture of society in the film.

Originally, the lists (which are both divided into several parts) worked okay and everyone had access, but it would seem my hosting company has tightened standards on the shared-server hosting system.

UPDATE June 19, 2018: Both the Music Tampa Bay 2008 and 2017 Top 100 lists are now operational again. It required some changes to this web site on eh back end but things are working at the moment.  All media that could be found was linked to while we sites or social media accounts representing the musical groups (that could be found) were also linked to.

The Philadelphia Eagles boycotted the White House by-and-large to the point President Donald J. Trump “revoked” the team’s White House visit on June 5th. He had a needless, empty event in its place where he made an ass out of himself. It’s no surprise that participants in the NBA Championship have stood up and said “no way” to a visit at the White House. It doesn’t matter who wins, they’re staying away.

There are too many reasons, both personal and standing up as public figures, for pro athletes to make this boycott move. Some sports fans may sour in reaction because they expect players to just submit and play the game, be the sport-figure and take what normally is the high-honor bestowed upon a champion by the Commander in Chief… But where is the honor coming from Donald Trump and his administration? There are too many acts of disrespect the population – be they minorities or immigrated citizens, the poor and working class, and so many others – that have created issues in society and have led to the protests of the administration and specifically The Donald.

So where do the Stanley Cup Finals teams, the Washington Capitals and Vegas Golden Knights, stand in all this?

END_OF_DOCUMENT_TOKEN_TO_BE_REPLACED 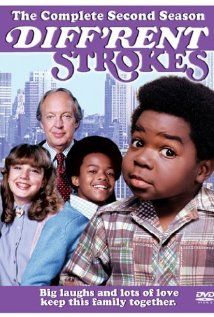 Do you ever get a television theme song in your head? Y’know, earworm type deal? Yet you go further, looking at the lyrics, and suddenly they take a new weight to them or just seem fitting for the moment in time that you (or life around you) are in?  That’s my morning… END_OF_DOCUMENT_TOKEN_TO_BE_REPLACED