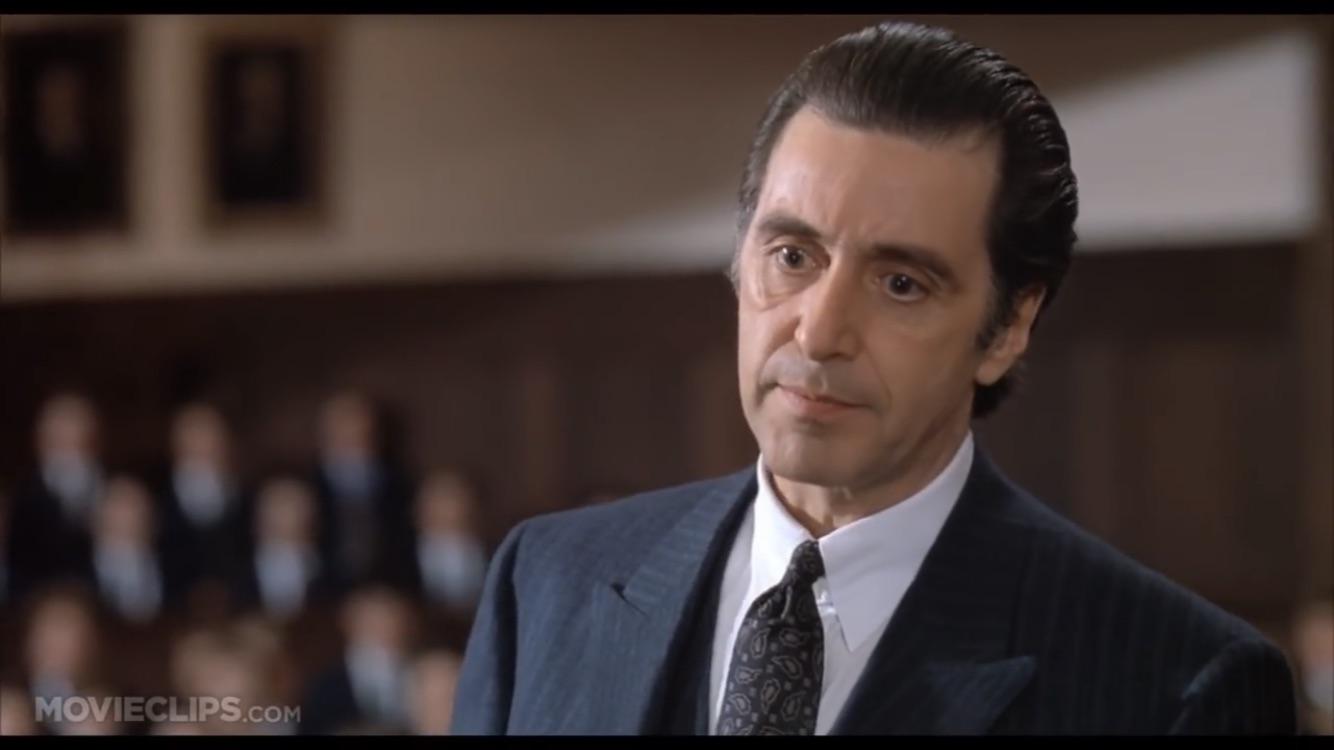 I wonder how bad it would have been if Martin Riggs (Mel Gibson, Lethal Weapon franchise) crossed paths with Frank Slade (Al Pacino in The Scent of a Woman)?

I ask this after watching the Riggs/Murtagh confrontation in the original Lethal Weapon where Riggs nearly offs himself:

(I friggin’ love how Danny Glover handled that scene — it came off lost-temper but controlled to a T. He seems like a regular joe in reality and not something over-the-top, just for cinema… At least up until he offers Riggs the gun…)

The Scent of a Woman is more dramatic in scope and presentation. Frank Slade is an eccentric disabled man… But his eccentricities are the same as you have in Martin Riggs: On the brink, on the verge. (If I go any further, I spoil the flick for those who haven’t seen it and I don’t want to do that. It’s worth checking out if you haven’t.)

Would Riggs and Slade have gotten along? Would they just cross in passing and go their separate ways? Or could you have one hell of a crazy experience with Riggs and Slade going way over the line in one fashion or another with thanks to their mental state at the time while actually getting through the situation(s) with a laugh?

The last random aspect of this: It’s the first time I’ve thought of Mel Gibson and Al Pacino in any type of cinematic pairing. Gibson’s made it in film with thanks to action and Pacino hit the big-time through more straight, dramatic roles.