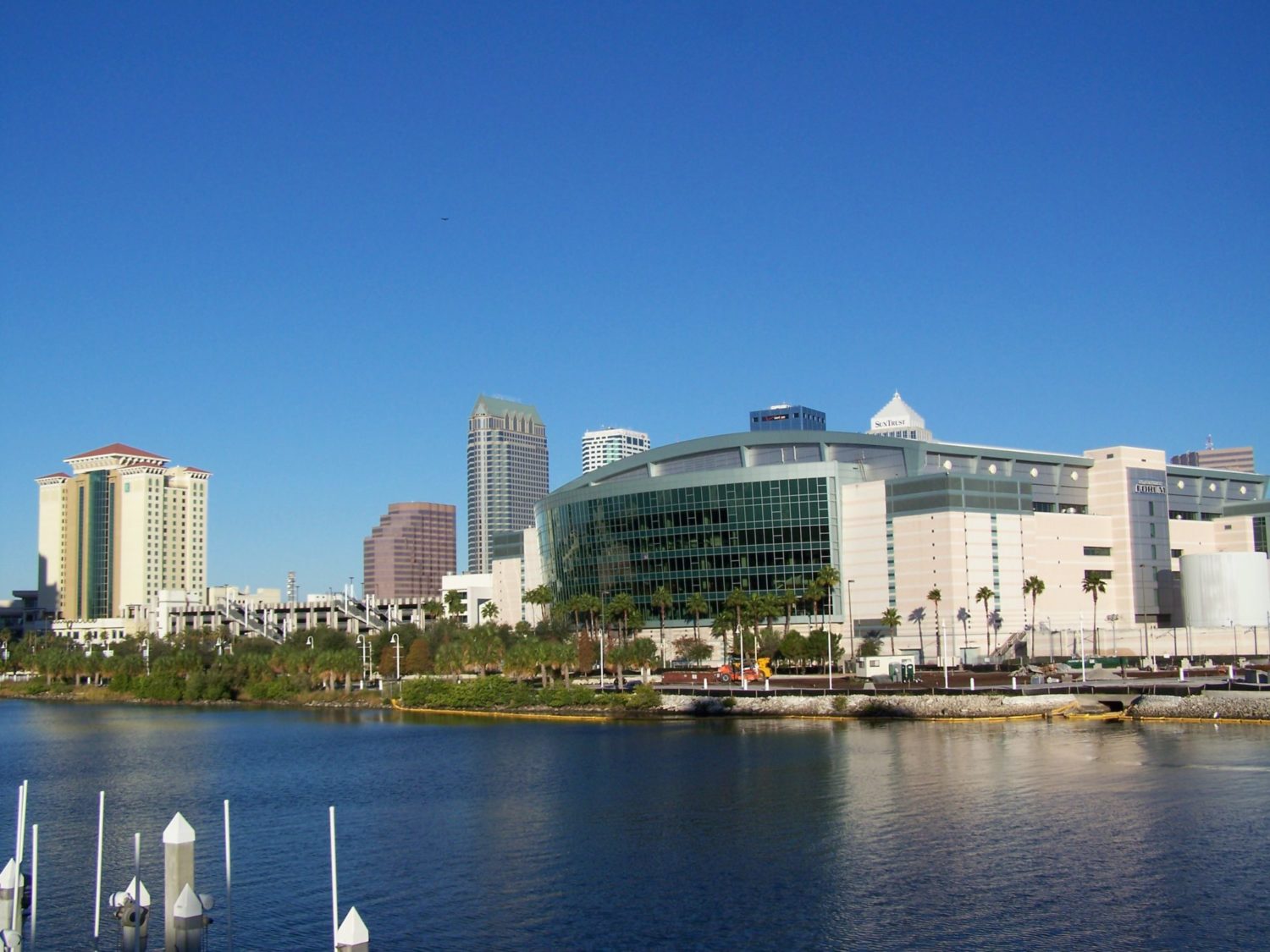 I’ve got a phrase in my head. It’s a pretentious intro to a Tampa Bay Lightning hockey game. Something to be used repeatedly to give weight to the event and where it’s being played (as well as merit to the person saying it).

Weight comes to words with repetition. Sometimes it’s dubious, sometimes it’s forgettable, sometimes it goes down into the history books and is engraved in society (or, in this case, sports culture).

Along the banks of the Garrison Channel at the heart of Tampa, Florida. We welcome you to the hall of the venerable ice palace known as Amalie Arena for a night of Tampa Bay Lightning hockey.

To see that turn of phrase might lead Joe Q. Average to wonder what the hell venerable means (here’s your answer). Others of the Tampa Bay area (specifically younger generations and transplants of recent years) may be curious (or scoff) at Amalie Arena being called an “ice palace”. That just happens to be the building’s original name. That fact isn’t news for long-time Lightning fans. This fall will be the building’s 23rd anniversary of its opening.

And yet we’re left to wonder about the story behind the name Ice Palace.

The Bolts 1996-97 season was a wash for me despite optimism that was tied to the club at the time, wrought by their first-ever playoff appearence in April 1996. I had bigger fish to fry in my personal life: I was a senior in high school and I was going deaf at the same time. It’s a fitting coincidence that Jakub Dylan’s band, The Wallflowers, was popular at the time. I might not have been a member of the group (or able to follow their music all that great) but I very much was a wallflower. That’s another story for another time…

As a sports fan, my attention was taken away partially during the fall of ’96 by the Tampa Bay Buccaneers with thanks to head coach Tony Dungy. Raymond James Stadium was under construction due-south of The Big Sombrero known as Houlihan’s Stadium (Tampa Stadium). The Tampa-St. Peters burg-Clearwater metroplex had been awarded its long-sought Major League Baseball franchise and the ThunderDome (originally known as Florida Suncoast Dome, now known as Tropicana Field) was going into hibernation and renovation in preparation for the arrival of the Tampa Bay (Devil) Rays and the 1998 MLB season.

Add the fact I only had America Online (AOL) for Internet access (dial-up Internet access… at 4800 bytes per-second or so) and you should get the idea I (nor many in Tampa Bay or society for that matter) didn’t have that much information at our fingertips. Getting news reports relied on the newspaper or by watching TV news in the evening.

I don’t remember the news-report backstory on the naming of 401 Channelside Drive as Ice Palace. I do remember how I reacted: I wasn’t thrilled, I think I was worried. The originally-selected site for an arena was on Dale Mabry Highway and Tampa Sports Authority property (where either Raymond James Stadium or Legends Field now stands). That plan fell through and that added to worries about Tampa Bay as a hockey market (the Bolts needed a permanent home or else). The facility location ended up being with the run-down and barren Tampa Port Authority land just each of the core of downtown Tampa. Skyscrapers and the business center may have stood nearby, but warehouses and other industry tied to the Port of Tampa was what the land was known for then. It was unappealing to someone not thinking deep or long-term.

Long-term wasn’t on my mind, nor was redevelopment. My immediate reaction to that name, Ice Palace, was that it seemed to be a taunt. A non-traditional market (an all-too-common phrase at the time as NHL teams kept popping up in sunbelt cities) had constructed an ice-sport-event-ready arena facility. I don’t know if the Esposito brothers (team founder and original General Manager Phil Esposito or Tony Esposito) had a hand in the name or not. I think it’s likely they did as… Well, you should know by now. It’s a hockey thing. It wasn’t just a taunt but comes off as pride: We’re here! We’re part of this sport and this is our magnificent building!

The Channel District of Tampa has been undergoing a slow yet steady transformation for the past 20+ years in part because of the jewel at 401 Channelside Drive and how it has proven itself as a solid and dependable facility in sports and entertainment. It’s been refurbished/remodeled twice (1999 under then-owner William Davidson and Palace Sports and Entertainment and in 2010 under current owner Jeff Vinik) to improve and bring innovation to the venue.

That reminds me: The building was opened bare-bones in October 1996. It had to be finished, so it was finished. I’m paraphrasing those words – I did read them at one point or another in coverage of the St. Pete Times but I cannot provide a link to the source. It adds to my curiosity of how the facility got the name Ice Palace.

There’s a story about the conception of that venue, there’s a story of Tampa Bay sports with St. Pete actually making a pitch for an arena next to its domed ballpark where the Lightning had been playing. This proposal added a new dimension to the infighting over which city should host a baseball team. It’s a story that one never sees in local sports history discussion.

I’m curious about Palace Sports internal discussion and planning for when they took control of the Lightning and the arena in 1999. It can simply be said that William Davidson’s company already had arena success with the Palace at Auburn Hills up in Michigan, but that doesn’t say what they saw as need and want with 401 Channelside Drive.

There’s a story out there; a building that was an integral tool in erasing the “non-traditional market” label. Tampa Bay is a hockey market, and it’s thriving.

One last note: While I was looking for a link or two, I stumbled across a news video clip marking the opening of Ice Palace. Hat tip to WTVT Fox 13 for uploading the piece: