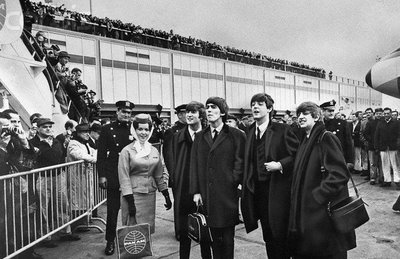 The stage is set for a cultural event

In 2014 as I was deeply involved in hockey blogging, I was inspired to write a lengthy piece about cultural events after NY Post hockey beat-writer Larry Brooks made a remark comparing Team USA’s preliminary-round, shootout win over the Russian Federation at the 2014 Winter Olympics to the Lake Placid “Miracle” win by Team USA over the Soviet Union fomc 1980. I saw the remark, that it was Team USA’s biggest win since said-“Miracle”, as asinine in both a competitive and social contest.

Why social? Winter of 1980 was not exactly a bright and shining time in American history. In my w5iteup, I made the sodal comparison with music and the onset of the British Invasion back in February 1964 with the arrival of The Beatles. That winter wasn’t the highest time for the United States either. You can read the full write-up over at Raw Charge.  It’s arguable how good a piece it is, but it’s the social/cultural event remarks that make the piece relevant now.

In short, the stage is set for society to be slammed, in a good way, by a pop feat that will lead to change in one fashion or another.

I was a little taken aback by a comment in the 2014 article as someone tried to play up how things weren’t great. Oh, they never are; and Billy Joel / Aerosmith told us this in two classic rock songs. The moment we live in now is different, and vastly so, compared to 2014. In fact, it feels like partisanship and race (and taking issue with Barak Obama by way of it) were integral “issues” at that point, but that should tell you how well my memory is handling reflection on the time. Unemployment hadn’t skyrocketed by way of a mishandled (and now ignored) pandemic, that’s for sure. Racial issues hadn’t grown into a ravenous divide; that has been an issue that’s been growing since the start of the Donald Trump presidency (did you really think his anti-immigrant lust toward Hispanics and Latinos from Mexico and Central America was based on a “threat”?). America sinks on so many global measures and US citizens struggle more and more on the day-to-day…

If only for a moment forget the election, forget the coronavirus, forget the necessary Winds of Change. This nation could use a shot of pep right now. An accomplishment or an event in entertainment/sports that makes us turn away from the dubious infamy that rules 2020 and puts the psyche of America back in pop/sports culture on a united level.

The thing is, if it played out like The Beatles in 1964 or Team USA in 1980, an event in the now would be the onset of far more. The British Invasion was major in music history and the Fab Four alone changed the course of rock and pop music. Likewise, Team USA  helped raise the interest and social investment of America in the sport of ice hockey and sus the NHL. Is it the sport of the nation now? No, but that doesn’t change the fact the game’s growth in the US was helped along by Lake Placid.

While we could use the morale boost of an event, that doesn’t mean one is coming (though marketing may say otherwise). Likewise, it’s not necessarily something that would play out in sports, or music, or cinema and other entertainment fields… It’s something that’d make us all look away from the negatives toward a feat that captures the interest and attention of the masses. Something to invest attention in or rally around.

The stage is set for something like that… but can it actually happen? That remains to be seen.